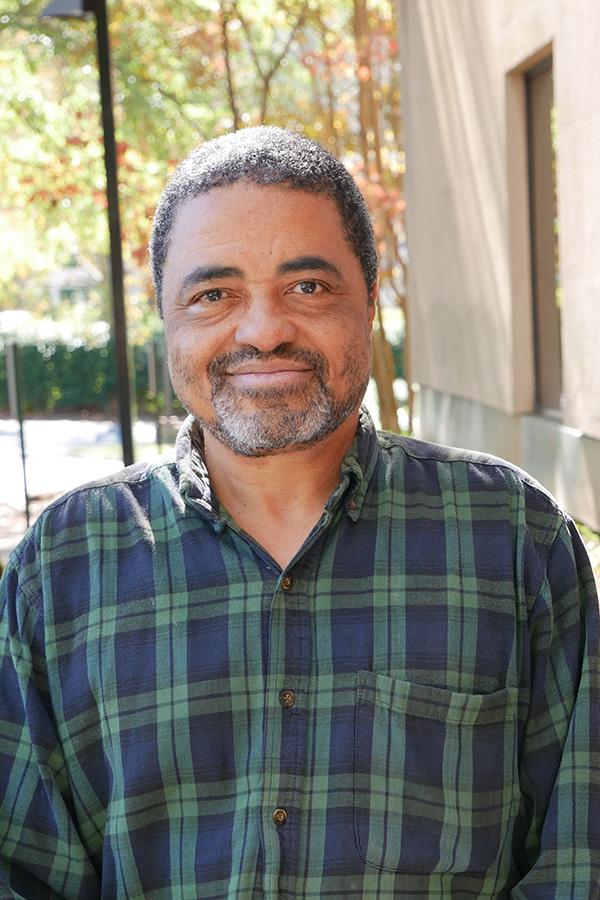 Hailing from Virginia Beach, Allen Saunders is an IT Specialist at the Weldon Cooper Center. He is a graduate of the U.Va. College of Arts and Sciences.

After attending UVA for undergrad, Allen served as the Director of Minority Programs for the School of Engineering. He later attended the Curry School of Education and got married. Because his wife is from Lynchburg, they decided that Charlottesville would be a good location to settle down in between their hometowns. He soon found a job at the Cooper Center and now has worked here for over 15 years.

Allen has two children, who are now students at the University of Virginia. His daughter is a third year in the College of Arts and Sciences, while his son will be a first year in the School of Engineering in the fall.