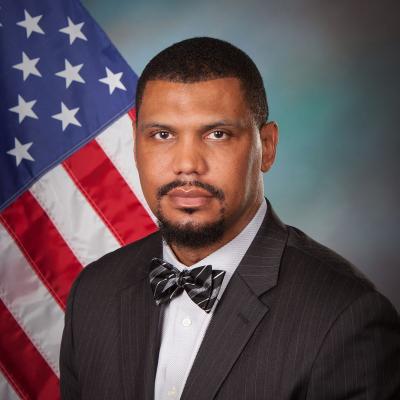 In May 2019, Dr. Tarron J. Richardson became the City Manager/Chief Executive Officer for the City of Charlottesville, Virginia.  His open-door policy for employees and residents enabled him to address the concerns of his workforce and the public in an efficient and effective manner.  Dr. Richardson left Charlottesville in September 2020 to pursue his dream of starting his own consulting firm, Efficient and Effective Government Solutions, LLC.

In 2009, he assumed the role of Assistant City Manager for City of DeSoto, Texas and two years later was appointed as City Manager/Chief Executive Officer.  His unwavering dedication to economic development enabled DeSoto to generate additional revenue sources while reducing historical expenditures.  Moreover, the City of DeSoto consistently received unqualified (“clean”) audit opinions and various other awards for superior fiscal management under his leadership.

Dr. Richardson is an alumnus of Lincoln University where he received a Bachelor of Science Degree.  He is also a graduate of Temple University where he received a Master of Education Degree and a Ph.D. in Public Policy and Administration from the L. Douglas Wilder School of Government and Public Affairs at Virginia Commonwealth University.  He is also a member of Kappa Alpha Psi Fraternity, Incorporated (KAΨ).