The Greater Good Initiative (GGI) is "a youth-led policy think-tank with the mission of promoting youth engagement and mobilization in the policymaking process. Our goal is to autonomously create effective, sustainable, research-driven policy proposals and advocate them to legislators at the local, state, and federal levels. Our team is crafting these proposals and connecting with legislators and special interest groups to garner support from both sides of the aisle."

During a Facetime call in 2020, Tarina Ahuja and Adam Ashley began talking about a youth response to COVID-19. Inspired by their experience in the Sorensen Institute’s High School Leaders Program (HSLP) where they were immersed in the world of policy-making, and driven by their belief that “youth voice belongs in politics and in policy,” they made the decision to start the Greater Good Initiative (GGI), a youth-led policy think tank. Since its founding, they have written 16 policies and seen more than 100 young people nationwide join the initiative.

Tarina and Adam completed the HSLP program in 2019, which gave them, according to Adam, “a 360 degree view of all of the aspects that go into getting a policy from an idea to an actual bill to a law.” By the time Adam completed the program, he had gained “the skills to really understand the importance of policy and, as a young person, how to get more involved in it.”

Sorensen provided Tarina and Adam not only the foundation and skills needed for public policy, but also the confidence to believe they could make a positive contribution through policy-writing. 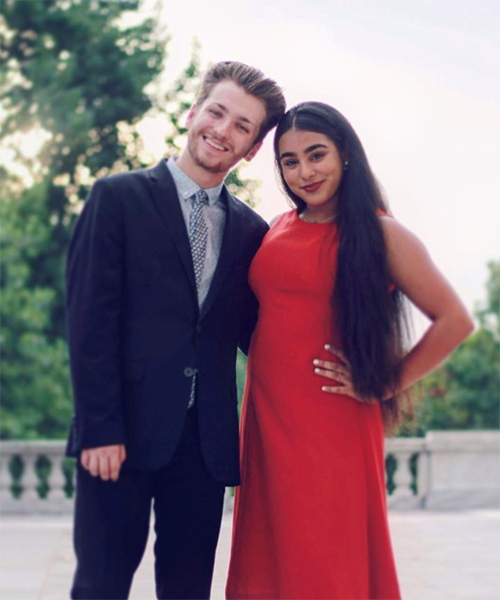 "HSLP gave me the understanding of where to begin advocacy work. The Greater Good Initiative is one of kind and we are trailblazing in the youth organizing community thanks to Sorensen."

"Coming from Sorensen where we went so deep into policy-making we thought, why don’t we start a policy think tank? ...the Greater Good Initiative is a result of what we learned at Sorensen."

ABOUT THE SORENSEN INSTITUTE

The Sorensen Institute, through programs for community leaders, early career leaders, political candidates, college students, and high school students, brings together diverse, bipartisan groups with an interest in the three central themes at the heart of every Sorensen program: ethics in public service, the power of bipartisanship, and a concentrated study of public policy issues.

HOW OUR WORK MATTERS

We want to know the value that people find in working with us. We want to live up to that value and incorporate it in every project we undertake. Quite simply, we want our work to matter. On this page, we share with you, a collection of stories of how our work has made a difference in the lives of individuals and communities.